Jimmy Fallon is having quite the career—from SNL, to film, to having an ice cream named after him, to late night, to hosting the Emmy’s, to becoming the host of The Tonight Show. He seems like a guy that has worked, and worked extremely hard, to get where he is. While some people are disappointed that Jimmy has taken over The Tonight Show, many are delighted to have his fresh personality as the new host. Fallon seems like a good evolution to late night comedy: less standing on a stage and saying funny jokes, and a more modern approach using skits and viral video to get a laugh.

His previous endeavor, Late Night with Jimmy Fallon, was incredibly successful. He has a knack for getting well known celebrities to join him in ridiculous comedic skits, allowing him to take advantage of the more accessible YouTube approach to comedy. But I’m not here to rave about Fallon, let’s talk about the new identity for The Tonight Show.

The new identity, produced by Pentagram’s Emily Oberman, uses a simplistic sans-serif logotype encased inside a full, silver-ish moon. This is a big change from the crescent moon, which had been in use since 1962, when Johnny Carson took over as host from Jack Parr. The new look utilizes the full moon as a vessel for the logotype. The chosen typeface has a metropolitan feel without being too delicate, which is perfect for the show’s move from California to New York. The first and last letters, “T” and “N”, break the border in almost a perfect diagonal across the moon. Using both left and right alignment creates an eccentric feel, but a strict underlying grid brings it all back together.

Comparing the new Tonight Show logo to the “Late Night with Jimmy Fallon” one is bittersweet. “Late Night’s” logo used bright colors and an overall more “fun” approach—with a slightly compressed typeface and a distinctly funky “J” that was just weird enough to be perfect for late night. The bright colors were a nice touch as well, symbolizing the charismatic and outgoing Fallon. The new logo, however, does not have these characteristics, but perhaps is more appropriate to be a bit toned down, less outgoing and more “classy.” When Conan made his run at The Tonight Show, the logo introduced for him was beyond strange, and looked more like a game show than the longest running, regularly scheduled entertainment program in the United States.

The campaign leading up to Fallon’s takeover was executed in a stylish way, using the exaggerated moon in different photos of the New York landscape and next to iconic landmarks. Using de-saturated colors and perfectly planned perspectives, the new logo lives in smart spaces. Personally, I like the contrast between Jimmy’s fun, almost ridiculous personality and the new look—if it was as outgoing and strange as Fallon, we would hear people saying that it makes him seem unprofessional, or too “out there.” This is The Tonight Show, and that alone deserves a logo that can be respected and enjoyed for many years. Overall, I think Oberman achieved that goal and has well exceeded it by creating a perfectly integrated campaign. 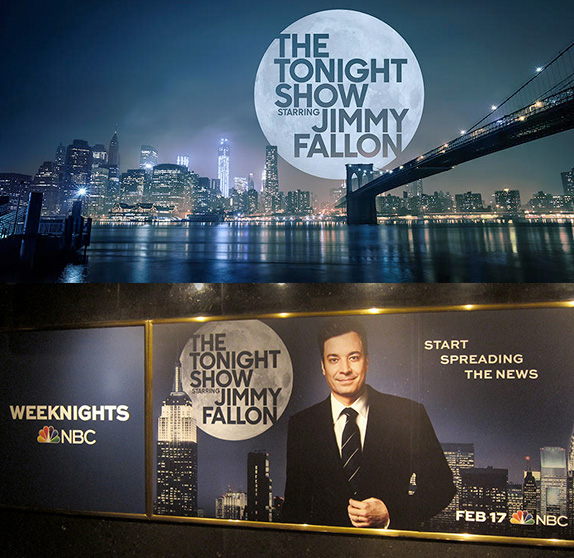 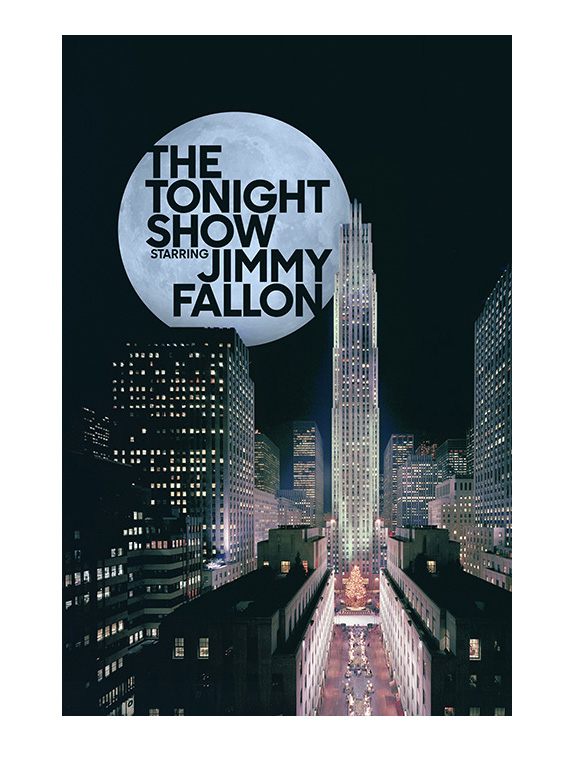 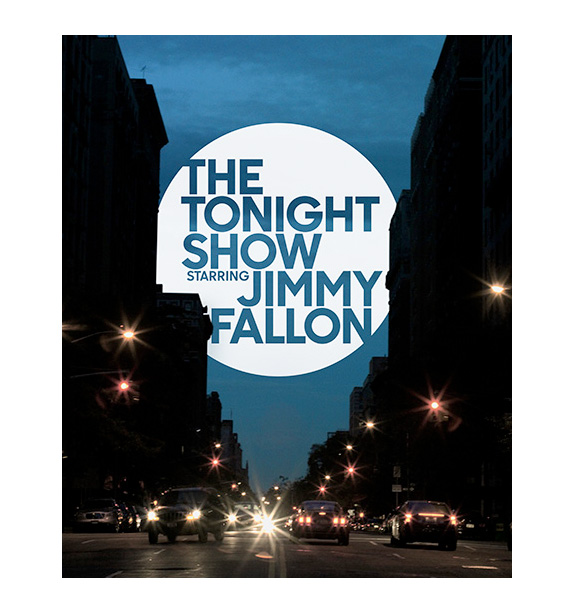 In developing the new Tonight Show logo, Oberman and her team investigated the history of the late night television universe, using circles. Definitely worth taking a look at the infographic, below (click on the image): 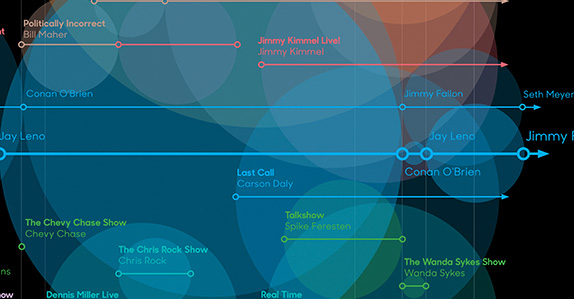